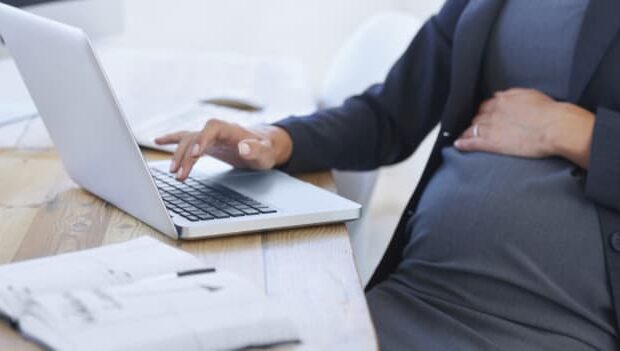 It is against the law for an employer to deny you employment or an opportunity for a promotion just because you’re pregnant or have a desire to have children in the future. Discrimination towards pregnant women is illegal under federal, state, and local legislation. While laws vary in scope and conditions, one thing is certain and that is pregnant women cannot be treated less fairly in her job as other non-pregnant employees. Under the law, a pregnant woman, or a woman recuperating from childbirth, is also entitled to job modifications, schedule changes, flexible time arrangements, and even paid time off from work.

What Are the Signs of Pregnancy Discrimination?

If you are working while pregnant, you are eligible for 52 weeks (1 year) of maternity leave, regardless of how long you have been with your company. This consists of 26 weeks of regular maternity leave and another 26 weeks of extended maternity leave. There are also additional rights for pregnant women including foster and adoptive parents under the Family and Medical Leave Act (FMLA) that you need to be aware of. You may also propose that your employer provide flexible working arrangements if you desire to return to work after your leave.

A pregnant woman must know all her rights and laws regarding the pregnancy to protect herself. Women are safeguarded under the Pregnancy Discrimination Act (PDA) which makes it illegal for employers to discriminate against pregnant employees. Some of these discriminating acts are unfair dismissal, unequal opportunities for a promotion, and unfair treatment which will be covered in the next points. Under this law, you cannot be fired just because of your pregnancy or other pregnancy-related circumstances. Getting fired because of this reason is deemed unjust, and you can file an unfair dismissal suit.

When you’re pregnant, there’s no justification why you shouldn’t seek a promotion. Equal opportunities must be given to pregnant women as well. When deciding whether or not to hire or promote you, your employer cannot take your pregnancy into account.

The Pregnant Workers Fairness Act is a measure proposed in the United States Congress in 2017. The Act bans employment practices that discriminate against pregnant employees from making rational accommodations for pregnancy, delivery, or associated medical problems. There should be fair treatment among employees, just because there is a pregnant woman doesn’t mean that she will be treated unfairly.

Employers should treat pregnant women who are temporarily unable to perform work responsibilities owing to a pregnancy-related medical condition in the same manner that they treat employees with any other temporary impairment. Some pregnancy-related illnesses may be classified as disabilities under the Americans with Disabilities Act (ADA) and may necessitate appropriate accommodations from an employer. For example, if a pregnancy-related ailment significantly impairs main living activities in a way that is not typical of a normal pregnancy, a woman’s employer may be obliged to make specific adjustments to comply with the ADA.

What Customers Should Do When a Product Fails